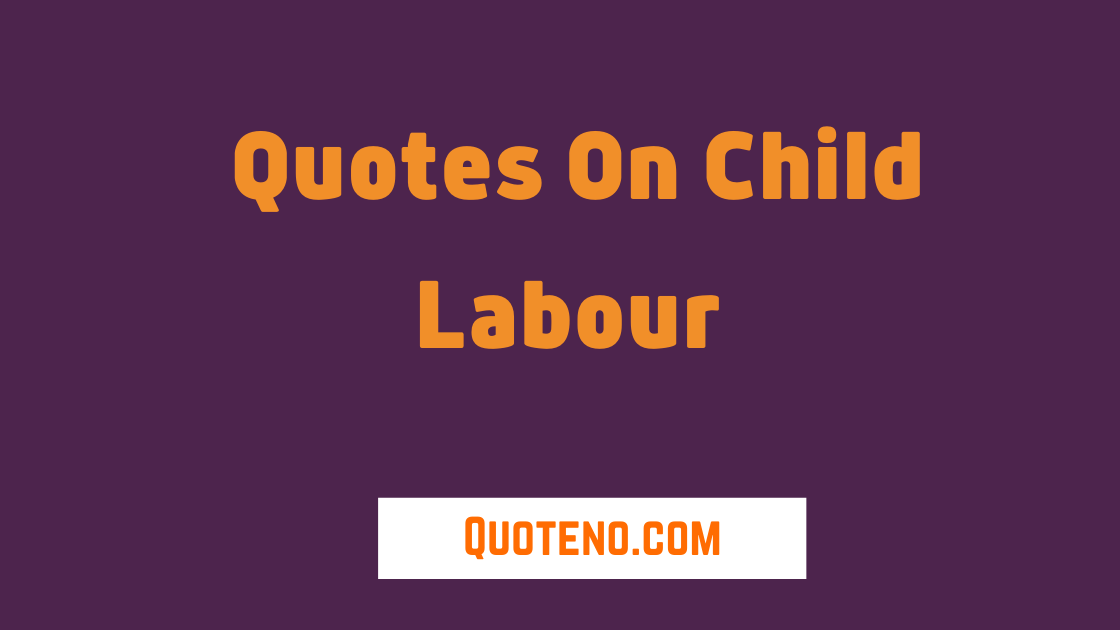 “A nation is illiterate and uneducated if a child is labored” ― Sir P.S. Jagadeesh Kumar

“Why had his mother gone to the trouble of bringing him into the world if the most exciting moment in his life was having been made lame by a bayonet?” ― Félix J. Palma

New legislation has just been adopted by the International Labour Organization on the Worst Forms of Child Labor, such as bonded labor, prostitution, and hazardous work. Carol Bellamy

“Child labor and poverty are inevitably bound together, and if you continue to use the labor of children as the treatment for the social disease of poverty, you will have both poverty and child labor to the end of time.” – Grace Abbott

It’s estimated that there may be two hundred and fifty million children in the world engaged in some form of exploitative child labor. Carol Bellamy

“Child labor becomes a label of condemnation in spite of its ancient function as the quickest, most reliable way to human independence.” John Taylor Gatto

“Child labor is against nature.”

“Child labor is an illegal act.”

Some girls cannot go to school because of child labor and child trafficking. Malala Yousafzai

“Child labor is a violation, you should concentrate on education.”

If we can’t begin to agree on fundamentals, such as the elimination of the most abusive forms of child labor, then we really are not ready to march forward into the future. Alexis Herman

After all, despite the economic advantage to firms that employed child labor, it was in the social interest, as a national policy, to abolish it – removing that advantage for all firms. Barry Commoner

Although we have, in theory, abolished human slavery, recognized women’s rights, and stopped child labor, we continue to enslave other species who, if we simply pay attention, show quite clearly that they experience parental love, pain, and the desire for freedom, just as we do. Ingrid Newkirk

“Buildings are built on big lands, work is done by tiny hands.“

I hope you like these child labor quotes. now raise your voice against child labor on every platform.