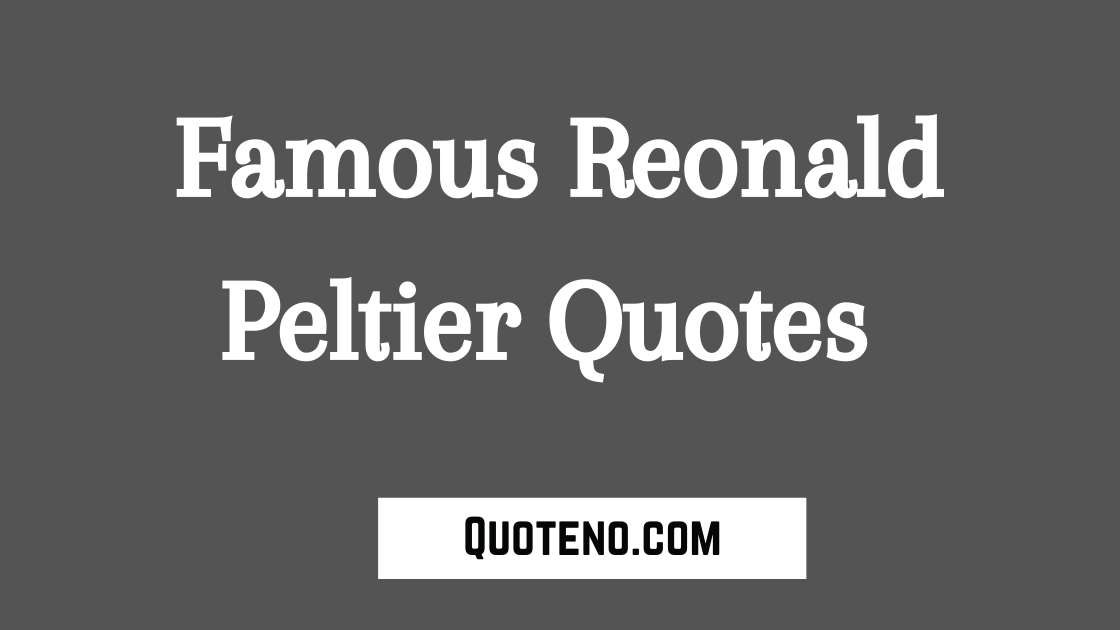 Leonard Peltier is an American political campaigner imprisoned since 1977 and indicted for shooting two FBI officers. below is the list of Leonard Peltier’s quotes on prison writings.

“We need to do more than just what is right. We need to join together and right what is wrong.” -Leonard Peltier

“We each begin in innocence. We all become guilty.” -Leonard Peltier

“Innocence has a single voice that can only say over and over again, “I didn’t do it.” Guilt has a thousand voices, all of them lies.” -Leonard Peltier

“In those days, it was just still not illegal to kill an Indian. If you killed an Indian, you’d be very unfortunate if you got probation – most of them were released immediately.” -Leonard Peltier

“A political prisoner is someone who is out fighting for his or her people’s rights and freedom and is imprisoned for that alone.” -Leonard Peltier

“The United States government can indict you on something, and now you’ve got to prove your innocence. And that’s not the Constitution of the United States.” -Leonard Peltier

“Justice is not a flexible tool. Unless we all do our part to ensure that justice is applied equally to all human beings, we are a party to its abuse. We must stand together to protect the rights of others.” -Leonard Peltier

“No human being should ever have to fear for his own life because of political or religious beliefs. We are all in this together, my friends, the rich, the poor, the red, white, black, brown, and yellow. We share responsibility for Mother Earth and those who live and breathe upon her ..never forget that.”-Leonard Peltier

“I don’t know how to save the world. I don’t have the answers or The Answer. I hold no secret knowledge as to how to fix the mistakes of generations past and present. I only know that without compassion and respect for all of Earth’s inhabitants, none of us will survive—nor will we deserve to.”– Leonard Peltier

“Justice is not a flexible tool. Unless we all do our part to ensure that justice is applied equally to all human beings, we are a party to its abuse. We must stand together to protect the rights of others.” –Leonard Peltier

“You can’t believe one thing and do another. What you believe and what you do are the same thing.” -Leonard Peltier

“They still don’t want to admit to the world that this isn’t the best and the fairest and most equal justice system. And that they are guilty of railroading people into jail. They don’t want to, or never will admit these things.” –Leonard Peltier

“I am tired, I want to go home. I want to continue my artwork and want to plant a garden, want to walk in the forest and fields, I just want to lie down on the grass, and feel the sun against my skin. So I want to be able to hold my family close to me and not have someone tell me time’s up.” –Leonard Peltier

“There is probably a high percentage of Native Americans as well as non-Indians who feel that participating in this greater American economy that you mentioned is and has become a recipe for disaster in the long term because the response to social and environmental problems has been responded to with a drug mentality, which is to say, anything for the quick fix. And it has trained the public to always believe they are one purchase away from happiness.”  –Leonard Peltier